IF THEY SCORE, YOU SCORE! 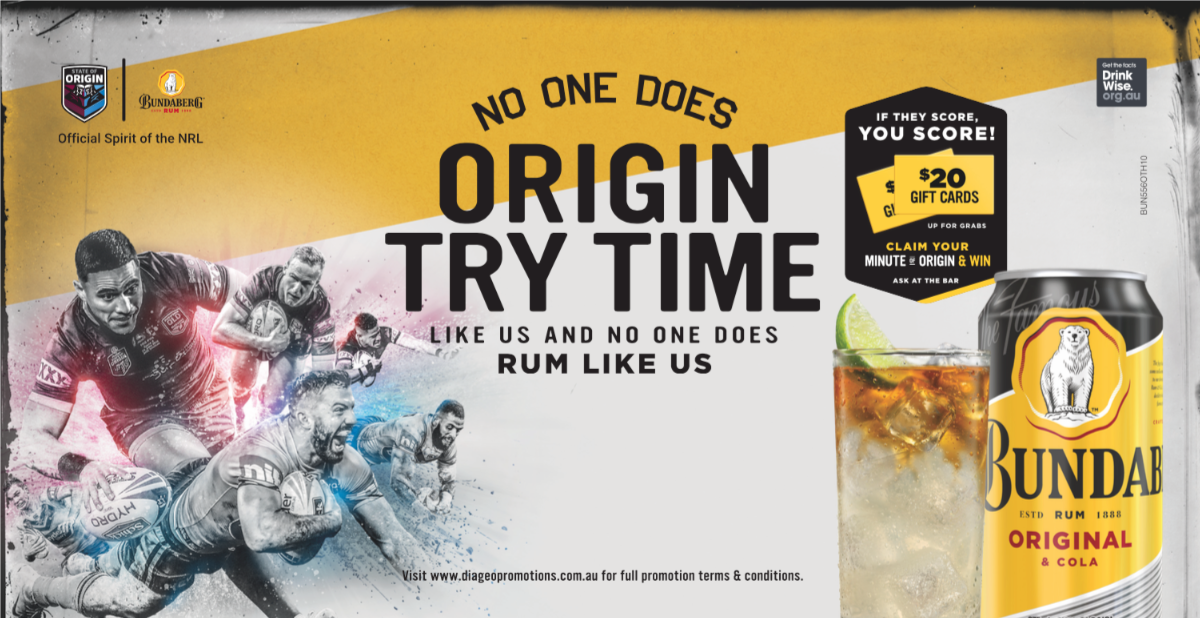 Posted at 05:23h in Uncategorized by Rochelle

It’s the decider tonight – State of Origin III and we’ve got a great campaign to share with you… This awesome promotion drives patrons into pubs and clubs, encourages purchase of Bundaberg Rum, generates awareness of Bundaberg’s State of Origin sponsorship AND gives drinkers a chance to win instantly during the live broadcast of the match. Hive reverse-engineered the concept working with the great team at Traffik and an adventurous client at Diageo.

It’s simple… Consumers purchase Bundaberg to receive a scratch card and text in their unique code. They’ll get a message back with a ‘minute’ from 1-80 and if a try is scored by either team in that minute, they WIN a $20 gift card immediately! So drinkers aren’t just watching the tries being scored, they’ll be watching the time they’re being scored too. Why not get involved – get on down to a participating pub tonight and see if your Try Time is a winner?!

On Premise consumption and viewing has dropped over the last 5-years so Bundaberg Rum is trying to arrest this decline by encouraging patrons off their couch and into their local bars. By incentivising patrons to buy Bundy not only drives sales but increases brand presence in venue whilst creating a highly engaging environment – which is critical for watching the greats from each state battle it out!

Make it simple, make it secure! On Premise campaigns are traditionally expensive, logistically challenging or unsecure given the lack of compliance. By using a secure, yet simple SMS mechanic (via a uniquely coded scratch card) has meant Bundaberg is able to communicate with consumers instantly and fulfil the prize via SMS too. It’s a winner for the venue and a winner for the consumer (but we’re not picking the winner for the finale tonight – it’s way too close)!